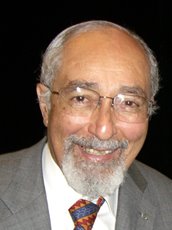 From the Cruel God to the God of mercy and of LOVE, Birth of EXPLOITATION in human evolution plus related poem:"Towards release from blackmail"

On the history of exploitation:

Imagine yourself with the very earliest human groups at the dawn of human consciousness. That fascinating, miraculous, musical process that differentiated humans from all life and from all hominoids and primates was about to open upfascinating pro-life and anti-life trails. Humans became aware of a Nature turning unpredictably from extreme kindness and bountifulness to extreme destruction and cruelty. Mysterious incomprehensible forces that torment and destroy with disease and injury and unwarranted aggression and eventually with the most terrifying visitation of all “death” seemed to be operating in unpredictable, incomprehensive and irreversible ways.

In a short time after consciousness evolved, there was the birth in man of a unique consciousness, consciousness of the self. The self in this case alas was perceived at the mercy of “bigger than man powers” which remained mysterious and unpredictable. Sometimes the powers were kind but many times dangerous and deadly, destructive and tormenting.

With the recognition that there were “bigger than man” forces and that these forces were erratic and whimsical, oscillating between being bringers of life, gentle protectors of life and procreation, creators of safety, food, shelter and prosperity, on the other hand these forces could also bring torment, death, destruction and suffering for unknown reasons.

Why did the “greater than man”powers turn from bountiful blessed and gentle to cruel and destructive and utterly merciless forces? These questions must have thrown this new slowly evolved consciousness into laborious tormenting guesses, self questioning, speculations and guilt. The birth of the idea of God/Gods took place. In other words the Gods were first born out of the experience of fear, inexplicable pain and punishment and tormenting guilt associated with an early consciousness of “greater than man” forces that could turn destructive and tormenting at whim.

Once the “greater than man” power was materialised and personified, into a God or Gods, the seeds of exploitation in human life were sown. Very quickly there emerged within the group, “the class” that would claim to possess the one and only secret keys for a link with "God" (the “greater than man” forces).

Similar dynamics must have operated to create in human society a differentiated class of people that had wrested for themselves an unfair advantage. They claimed to be the only ones really connected with the “greater than man forces” and able to appease them or direct them in good and less harmful directions. They invented rituals and techniques which they kept as closely guarded secrets. So it was that through using the fear and panic principle the first dynamics of power wielding within human society was created. Power monopoly without justification within human society was to be practiced by those who could claim to represent the “greater than man” forces. It was a privilege not to be relinquish from the dawn of consciousness to modern times and the present.

It is not clear whether the first rule of power wielding politicians ( worldly leaders) started off as branches of the priesthood (exclusive connectors to God/Gods), or whether they started as practical useful protective father figures branching into justified special status for those who possess variations of skills and abilities giving real or imaginary advantages to the group. But whatever the story, it became clear that with the invention of weapons not only was the “greater than man” forces conceptualized and personified in a mystified being (God and the Gods) but the “greater than man” concept was quickly re-materialized in the form of weapons wielding man “greater than man”, as the dynamics of weapons invention and weapons usage infiltrated human societies.

Very early in social evolution, the man who could convince his fellows that he had a connection with the mysterious and mystified Gods, was greater than the man who did not have that privilege. Also the man who had a weapon or rather a bigger weapon was greater than the man who did not have a weapon or only a smaller weapon. Very quickly the privilege born out of weapons and a supposed connection with a mystified God (Gods) was translated into the right to exploit and even enslave others. Arms and God were very early in the process of human social evolution, operating against the man with no credentials but himself “man without adjectives”. The process was also translated into the right and the practice of reserving to the privileged much more than their fair share of the products of human output, labour, hunting and agriculture or of the spoils of war, than for the others who were just (man). The man without adjectives (the miracle of all biological evolution) who should and could have emerged as the generator and yardstick for all values became progressively demeaned, diminished, despised and exploited. Throughout the ages he could do very little about his exploitation because of the continuous use of the fear, hurt and panic factor. Fear and panic was to continue to be a major force for politicians, quickly allied with the priests(institutionalized religion) to control and to exercise and consolidate power and illegitimate privilege.

In summary it is not the idea of the death of God -like the philosophers of the end of 19th century argued- that will bring the liberation of man and the freedom and justice so dearly sought after. It is a radical reorientation towards the idea of God and a new development of a healthy relation with “greater than man” forces that is needed for liberation.

A necessary recognition of “greater than man” power/powers not as a mysterious whimsical vengeful, tormenting and conditionally merciful God, but of ”God” that is an all embracing fundamental fact of the universe and of life and the human consciousness of being.

The different orientation to and recognition of God within and without is very important as part of the concept and interpretation needed for the process of liberation and for the achievement of internal and external peace with self and with the world. What is needed for liberation is not denial but reorientation.

Very close to this necessary liberation is the need to develop and understand the concept of inherent and non-inherent in the human life-journey. We need to understand and accept what is inherent and to mobilise all our forces and ingenuity to annul the hegemony and control of the non-inherent on our lives and on human societies/destiny.

Someone said, I do not remember who, that Man is the only creature who fills his life with obstacles upon which he stumbles and with walls that perpetually imprison torment and diminish him and with sharpened spikes that continuously tear him apart and bleed him and his loved ones.

Liberation and peace will come not from denying or killing God, but from recreating the concept of God as love and tolerance, recognition and peace with the long denied self and integration with all its components.

It is a long history of fear panic guilt and intricate self denial, self recrimination, self disintegration, separation, fixation, sterilization, ostensibly to appease God, that has progressively created distorted mutilated human beings at war within and without, and distorted the concept of the God of love, consciousness, awareness and integrated self acceptance that is the greater yearning of life, nature and the universe.

Liberation and peace will come with the methodical release of human beings from the power of fear and of panic and of terrorization by power hungry parties with hidden agendas striving to control the dynamics of human society. Liberation will come with the releasing of human beings from the idea of primordial guilt and from the hold of the terrifying artificial God/Gods made and moulded by the priests and the religious establishment in close alliance with POWER from earliest history. The human race needs to discover the haven of peace and harmony under the gentle embrace of a gentle God of love, self acceptance and peace encompassing, with love and tolerance, all aspects of human nature leading them thus into a harmony hitherto rare and elusive, self actualization, self acceptance, peace (internal and external) and integration.

the floods have drowned girls that have known no evil
...and done no evil
they have drowned children
... even unborn children

and dreamt of flowers...and of the dance...
she had done no harm to anyone at all

and they die of the plague
or worse
they die in grace
while practicing denial and violence on all else
they die ..in artificial grace..

they die before they die........for not to die
for a promise of riches and power out there
YET TO COME after just a few more tests


the floods have drowned girls that have known no evil
and done no evil.
they have drowned children
.. even unborn children

the floods have drowned girls that have known no evil
and done no evil
and children and unborn children..
....and boys..

and the fairy angel was killed when her blood could not
fight and she was twelve
...and dreamt of flowers...and of the dance

they are what they are

but the fight must end
for it is too bitter too sweet..

and the combatants crave to unite...

for if they were true
they are what they are
they do not hate..
they meet...
..tenderly..


After the calamity of interpretation

THEY RECOVERED THE PROMISED LAND OF EDEN

they loved their separation into oness....
tenderly... and achieved peace for always

it's another seed punished killed..


O SPARE US
ALL-POWERFUL ONE !

spare us spare us SPARE US
WE SHALL BE GOOD !


THEIR GOD IS VICTORIOUS or is not!
HIS POWER MUST BE MANIFESTED MATERIALLY!

THEIR GOD IS VICTORIOUS or is dethroned!

THEIR GOD HAS TO PERFOM INCESSANTLY ...
AND MAKE PROMISES

THEIR GOD HAS TO PERFORM MIRACLES ! or is dethroned !!


and is not life BUT CREATOR CREATRIX

.. and in the end .. all things meet ... without hate and laugh at the incongruity of their artificial drama....